Serving the Persecuted Church in Central, Eastern, and Southern Africa 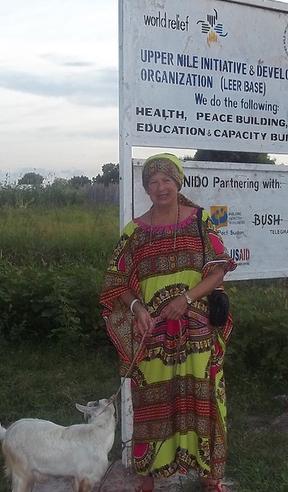 Director Charlotte Sinclair Barkley has worked in missions over 40 years. She has four grown children and two grandchildren. Three sons served their country in uniform, and two continue. When home on furlough, Charlotte resides with her daughter Michelle, a teacher, in Sun City, Arizona.

Charlotte received her Bachelor of Biblical Studies and Missions from Southwestern College (Arizona Christian University) in 2007 at the age of 65. She won the Delta Epsilon Chi award from that year and was listed in Who’s Who in American Universities & Colleges.

She has authored articles for the Christian Standard, conducted workshops at the National Missionary Convention, and been a frequent speaker for missionary conventions, Sunday school classes, and women’s groups.

Beginning in 1965, Charlotte and her late  ex-husband, “Sandy” Sinclair, served with Zambia Christian Mission in Central Africa working with the Ella Tonga tribe people along the Zambezi River. A low-scale civil war forced the family to relocate to South Africa, where they served with Zululand Christian Mission.

After 17 years in the field, she returned to the USA to educate their five children. Following the accidental death of an adult son in 1993, God reignited her passion and called her back to Africa. She returned in 1995 as a single missionary. Her heart turned to the plight of the Persecuted Church, focusing on Sudan and surrounding countries.

Where Do We Serve